To install Vera++, run the following command from the command line or from PowerShell:

To upgrade Vera++, run the following command from the command line or from PowerShell:

To uninstall Vera++, run the following command from the command line or from PowerShell:

This package was approved by moderator Pauby on 15 Jul 2019.

Vera++ is a programmable tool for verification, analysis and transformation of C++ source code.

The main usage scenarios that are foreseen for Vera++ are:

The main design idea of Vera++ is to create a generic engine that will be able to parse the C++ code and present it in the form of collections of various objects to user provided scripts that will define the concrete actions to be executed.

The most important feature of Vera++ is that all activities other than code parsing are defined by scripts.
This means that Vera++ is flexible and extensible.

For example, compliance with coding standards can be expressed in terms of rules, each being defined by a separate script. The scripts can access all collections listed above and perform actions related to the given rule. The user can ask to run any given script or some defined set of scripts in a single program execution.

As a simple example, a coding convention that limits the length of the source line can be implemented as a script that traverses the collection of files and the collection of source lines and checks whether each source line fits within the given limits. A report can be generated for each non-conforming line of code so that the user gets a clear information about where the problem is located.

All existing rules present their reports in the format that is compatible with regular compiler's output, so that it is easy to integrate Vera++ with the existing build framework.

Similarly, automated transformation procedures are implemented as separate scripts that scan the above collections and produce another source files according to their algorithms. A simple example of such transformation might be a script that removes empty lines from source code.

The Tcl programming language is currently supported for scripts that run within Vera++.

Vera++ is a text only tool with no GUI, but it works smoothly with many graphical tools. 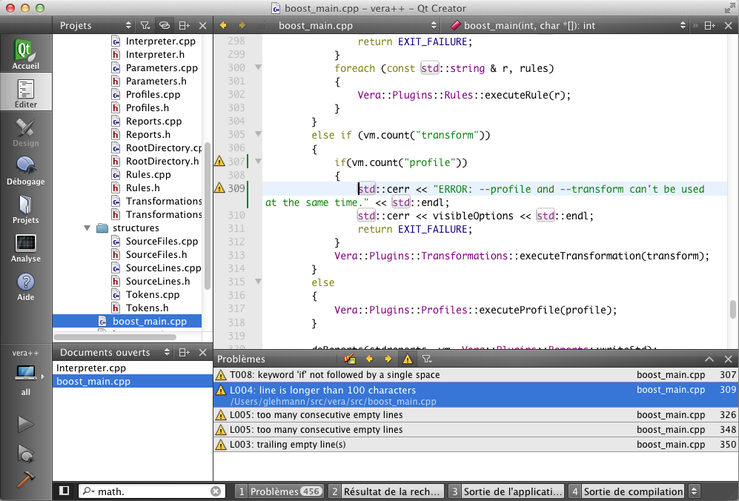 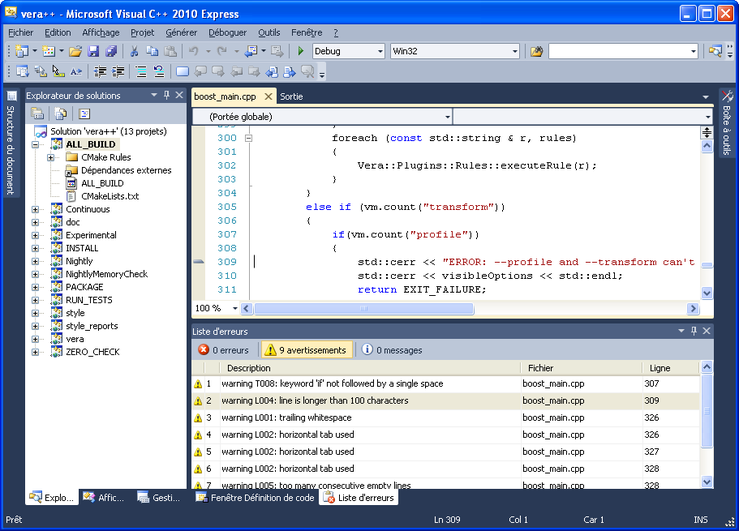 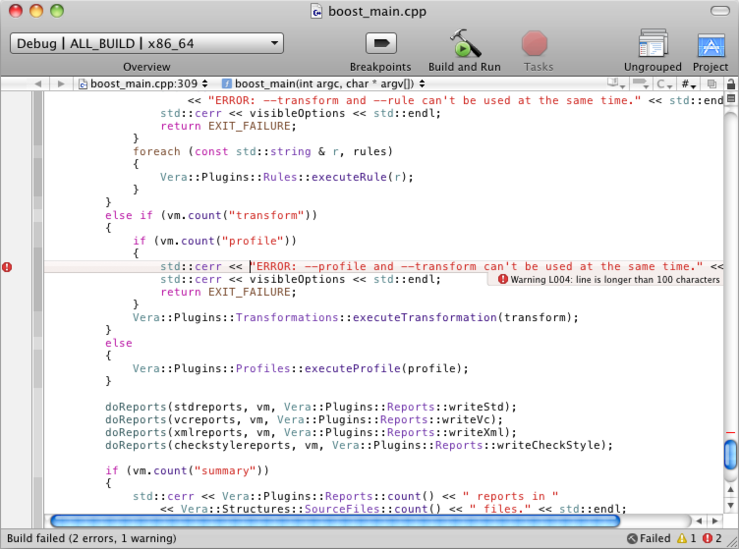 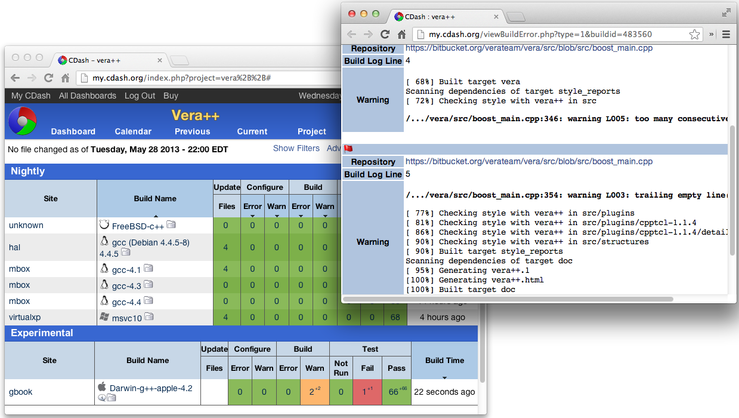 Discussion for the Vera++ Package